Why choose the Philippines for BPO?

With a well-educated population, history of western influence and propensity for growth, the Philippines is fast becoming the natural choice for Business Process Outsourcing (BPO), and here’s why.

The Western influence is particularly strong, however the Philippines has an exciting record of development under foreign guidance with a rich history that includes major influence, occupation and rule by China, Malaysia, Japan, Spain and the United States. This history makes it a diverse natural melting pot offering vast opportunities for international business. 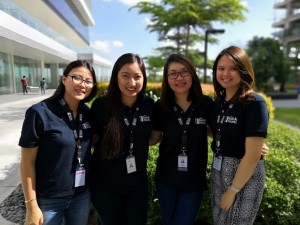 Among the biggest foreign influences in the Philippines was the American leadership in the development of their schooling system. In the early 1900s, 600 teachers were brought from the USA to inject a western influence into the Filipino public schooling system, and many Filipino students were also selected to travel to study at universities in the United States.

While the school system morphed through many changes to reflect the focus of national leadership during different epochs, the current schooling system is not dissimilar to what you would expect to see in a western country.

While the Filipino people have a strong educational background, the culture ingrains an even stronger work ethic. Workers in the Philippines are hardworking, disciplined, and highly productive, while the people also have an overwhelming reputation for being incredibly warm and friendly.

Together, these national traits produce a workforce with a strong education and even stronger work ethic.

While countries such as Japan and Italy are now forced to contend with a majority aging population, the Philippines boasts an astonishing 30% of citizens under the age of 14. Coupled with the aforementioned strong education system, culturally-ingrained work ethic and high English-speaking proficiency, this youthful population ensures the stability of the Filipino workforce.

The Philippines also boasts strong infrastructure for foreign business interests and one of the fastest growing economies in the world. Entire cities are being developed, dedicated to enhancing foreign business outsourcing opportunities.

Located less than an hour from Manila, Clark is a new hub of Business Process Outsourcing dubbed the “neucleus of the economic renaissance”. The opportunities to work in a professional environment for a foreign firm are drawing young graduates to Clark and giving the city a predicted median workforce age of 23. With extraordinary infrastructure and connectivity, Clark is custom-made for BPO and the perfect base for The Back Room.

The Back Room in the Philippines

By working from the Philippines, The Back Room is able to create a win-win situation. A product of their strong education system, the intelligent and skilled workforce bring their expertise to The Back Room while we, in turn, provide access to well-paid work, good working conditions, and the opportunities to apply their skills and degrees in a professional environment.

5 ways to make the most of business down time

4 ways to improve communications as a remote manager